The Order of Sekhmet

Once upon a time… no, that’s not right. How about, ‘a long, long time ago’? Nope, that sounds cheesy as well. How do other people begin? Screw this. I’ll just roll with anything that comes to my mind.

I was born not out of love but out of scientific calculation. Bred to be an obedient, perfect battle mage. My parents were both magically gifted, something that used to be really out of the ordinary for humans back then. And it became a trait that was highly sought after. We were kept in dungeons like herd animals. None of my ancestors ever had the pleasure of feeling the wind of freedom brush against their cheeks. But nobody complained. Well, verbally. Many of my brethren were not capable of hearing or at least had trouble doing so. We rarely spoke in words. Some only possessed slight hearing impairments, however. I was one of them. It was our duty to translate the harsh words of our keepers into various hand signs.

Every command had its own specific sign. “Change!” was a dreaded one, for it meant that we all had to strip naked and stand against the wall. Our old clothes were collected along with the moist, moldy hay below our feet. Then they splashed bucket upon bucket of ice-cold water on us. One keeper would proceed to sweep out the remaining water with a broom and then hand us a pile of fresh rags to wear. How was entirely left to us. The last one was left with nothing but a small piece of cloth to wrap around their loins. New hay was spread on the floor to keep us warm and dry until the next ‘Change’ at the end of the week. However, since the only ventilation we had consisted of small slits in the dungeon walls, the hay became quite damp after only a day.

My dungeon consisted mainly of young mothers with small children of varying ages, with me being the oldest. It was quite loud due to many crying babies and toddlers, but beyond that, it had always been an incredibly noisy place. All the emotions the people around me bottled up inside, I felt them. Be it happiness or sadness, it ran through me unfiltered, like a high-speed train. At ‘Change’ and at ‘Come’, emotions ran so high, they quickly overwhelmed a small boy like me. I often tried to shut my ears, but the only thing it drowned out was our keepers’ bellowing voices. Sometimes my mother noticed me struggling. She would then embrace me and comfort me with a wave of loving emotions. It didn’t always help, but just feeling her next to me reduced the amount of distress.

One particular ‘Change’ set everything in motion. We had three new babies in our group born in the dungeon just a few days ago. And all of them were screaming at the top of their lungs. Nothing and no-one could console them. The keepers became agitated and started treating us harsher than usual, pushing and whipping us to wherever they wanted us to stand. More often than not, I had lost the soothing grasp of my mother. And of course, no amount of calling out could reach her, for she was one of those who was completely deaf. I wasn’t the only one starting to feel incredibly anxious. All the adults around me felt this way, and soon some of the smaller kids started crying too, overwhelmed by the atmosphere. Almost all of my peers began displaying magical abilities due to the stress; one girl was known to raise the hay around her wherever she trod. Another managed to levitate water droplets. It made cleaning our dungeon more difficult. Most of the time, the keepers just whipped the culprits until their bodies remained motionless on the floor. Once, I was much younger, one of the older kids managed to levitate their entire body. They were put on a magical leash which forced them back on the ground. I never saw them again. Something like this happened regularly. As soon as a child started displaying magical powers that seemed unusual for their age, they were immediately taken away. Unlike my peers, I had never shown any random magical abilities. Sometimes the keepers would intentionally separate me from my mother to elicit some reaction, but it never came. Hence, I had remained in this dungeon far longer than the average child.

But I wouldn’t be sitting here telling my story if it had remained that way. That ‘Change’ day, little me decided enough was enough. I hadn’t slept well the nights before due to the babies, and this cacophony of sounds and emotions made me dizzy and angry.

“Stop,” I whispered, but obviously nothing changed. “Stop!” The crying children drowned out my timid voice. In one last effort, I took a deep breath. Shouting as loud a boy with a tiny body could cry, I said, “stop!!” again. Only this time, no word left my mouth. Instead, I bellowed a howl that immediately sent the keepers flying against the dungeon’s bars and the rest far away into the dark hallway. The people behind me who were already standing against the wall hit the solid rock with a loud thud. The damp hay around me scattered in all directions. Muffled gasps as everybody slowly came back on their feet. Everybody looked surprised, particularly the keepers. One of the leaders said, ‘Come’. She even haphazardly imitated our hand sign for it. Suddenly, I felt two arms wrapped around me from behind. From the wave of emotions flowing into me, I knew it was my mother. She didn’t want to let me go. Another keeper grabbed my hand and wrestled me out of her embrace. Too afraid of the situation, I offered no resistance. I knew they were angry. If things didn’t go their way, they often resorted to beating and whipping. I wanted to spare my mother from this fate, so I hoped playing along would keep them in check.

Alas, my mother held on so tightly, another keeper came and beat her with a stick until she finally let go. When I turned around, I saw her bloody and bruised naked body. Tears ran down her cheeks as her trembling hands tried to reach out to me, but the keeper hit her hard again. Of course, I didn’t agree with that. Howling again, I was able to push the one holding me away. I wanted to run over to the whimpering mess that was my mother when I felt something around my neck. As I looked down, I noticed they had managed to put the leather leash around me. No matter how much I howled, nothing happened. The one who had signed ‘Come’ tugged on it sharply. I desperately tried to stretch my arms out, yet my mother remained entirely out of reach. She helplessly watched me being dragged out of the dungeon while the remaining keepers returned to business as usual, sweeping together the hay I had scattered earlier.

This site uses Akismet to reduce spam. Learn how your comment data is processed. 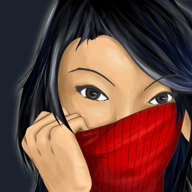 watches too many crime documentaries on Netflix and is addicted to coffee.

Buy me a coffee!

This website uses cookies to improve your experience while you navigate through the website. Out of these cookies, the cookies that are categorized as necessary are stored on your browser as they are essential for the working of basic functionalities of the website. We also use third-party cookies that help us analyze and understand how you use this website. These cookies will be stored in your browser only with your consent. You also have the option to opt-out of these cookies. But opting out of some of these cookies may have an effect on your browsing experience. You can read more about the data being collected on this website by heading over to our privacy policy page.
Necessary Always Enabled

Analytical cookies are used to understand how visitors interact with the website. These cookies help provide information on metrics the number of visitors, bounce rate, traffic source, etc.